Gorgeous Spyderco Police knife review. From 1984 to the present

Spyderco Police is a legendary knife, at some point becoming the top of excellence for all members of the knife community, and for many masters, a guiding light to the level of which one should strive, making the same magnificent knives.

And since the legend is the main story, I’ll stay less on the functionality of the knife (which, in general, is now no worse than the functionality of many modern knives), and I’ll tell more about the life of Spyderco Police, which has not yet ended, but has already made this device – a cult knife.

Spyderco Police was born in 1984, as a result of the evolution of the 82-year-old Spyderco C02 Mariner knife (the first folding knife with serrated sharpening). The Spyderco Police was created as equipment for police officers who said that Mariner, after forming a sharp tip on it, would be very suitable for their needs.

Police appeared under serial number 7 (article C07) with a beautiful and proud motto on the Pride Integrity Guts blade, thanks to which evil tongues turned the knife into a “Pig knife”. After that, the provocative abbreviation PIG was removed, and in 1990, the knife received its own name – Police.

Throughout the existence of the knife, he was accompanied by a triumphal procession – in the reviews of melee masters (I think that at present he would not have received such enthusiastic responses from spoiled folding devices, instructors), in the minds of not only men, but also women, and in representations filmmakers who have glorified the knife in their films.

The famous French master of the art of self-defense with a knife, Fred Perrin, with his review of the knife, began the triumphant march of Spyderco Police. The overall popularity of the knife reached such an extent that the company released two miniature versions of the knife – for women in the form of a pendant on a chain – Mini Police Necklace and for men in the form of tie pins – Tie Clip Knife.

During its existence, Spyderco Police was produced in a variety of options – from different materials and with different types of sharpening, but the model with the stainless steel handle and which has received the blade from the Japanese knife steel VG-10 has remained the most popular.

Spyderco Police and now, more than 30 years after its inception, enjoys well-deserved respect due to its good functionality and original performance.

The blade in the traditional Spyderco company form of a pointed sheet (modified by Clip Point) with low strongly concave descents provides the knife with excellent cutting potential and high penetrating ability, and the all-steel thin (only 7 mm) handle provides high structural strength and allows the knife to be carried practically noticing his presence in his pocket.

The striking design and impeccable quality of the manufacture and assembly of the knife are especially striking. On the surface of the dies of the handle it is almost impossible to detect fasteners. Everyone understands that there should be fixing hardware, … but it is not visible. And it makes a huge impression.

Spyderco Police is the same legendary knife that has not completely lost its practical component in modern life, becoming the men’s accessory that equally comfortably exists among young people and in a more adult team, among the poor part of knife lovers and respectable business leaders. 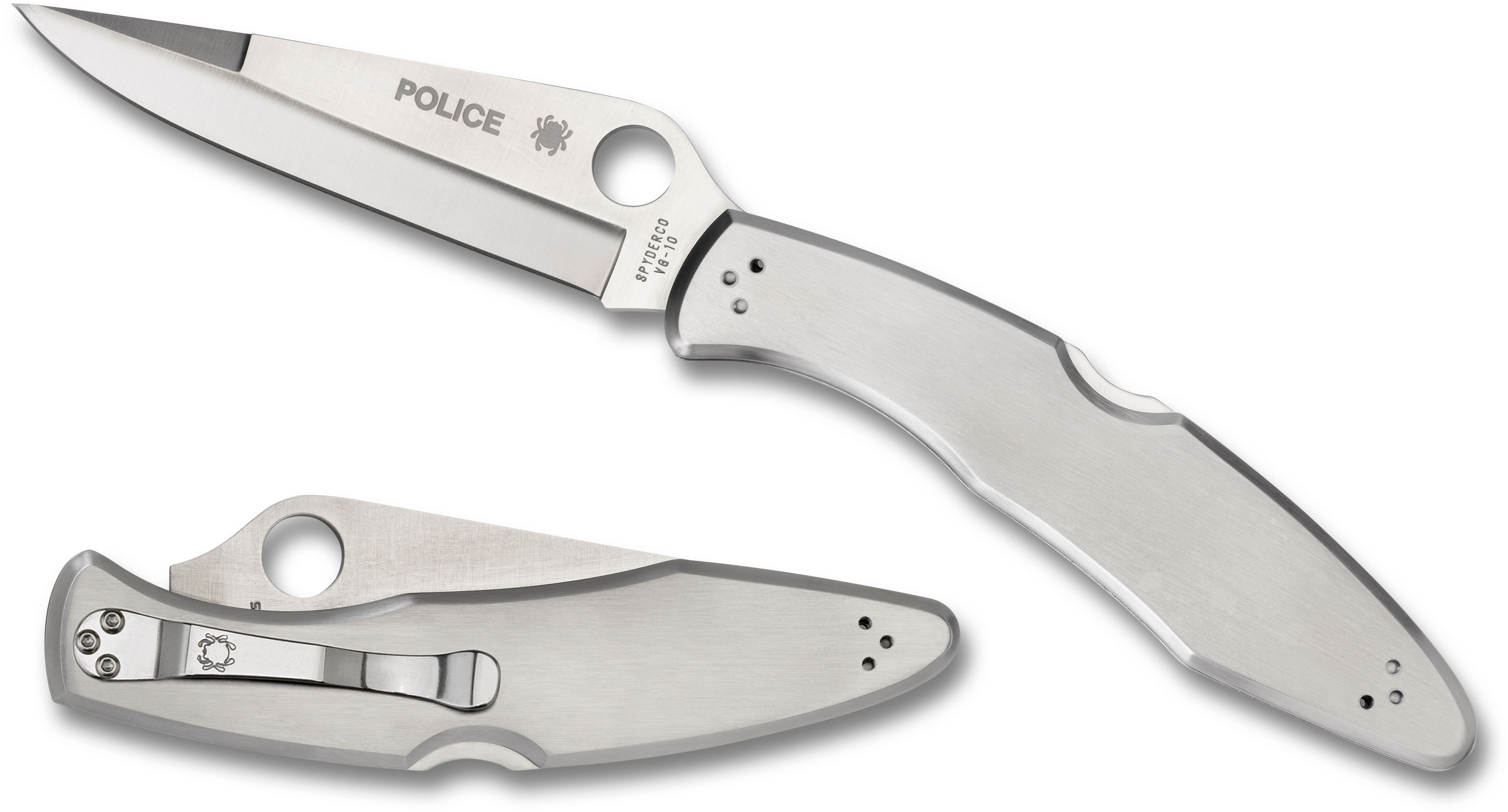 Spyderco Police and Military (why I stopped carrying them)

http://shrsl.com/xmbp ^^ Spyderco's by highest rating at bladehq. Hit the like button and SUBSCRIBE if you aren't already 😀 Frankie and Bird Check out our ...

"For the wages of sin is death, but the free gift of God is eternal life in Christ Jesus our Lord." -- Romans 6:23.

Sorry. No data so far.